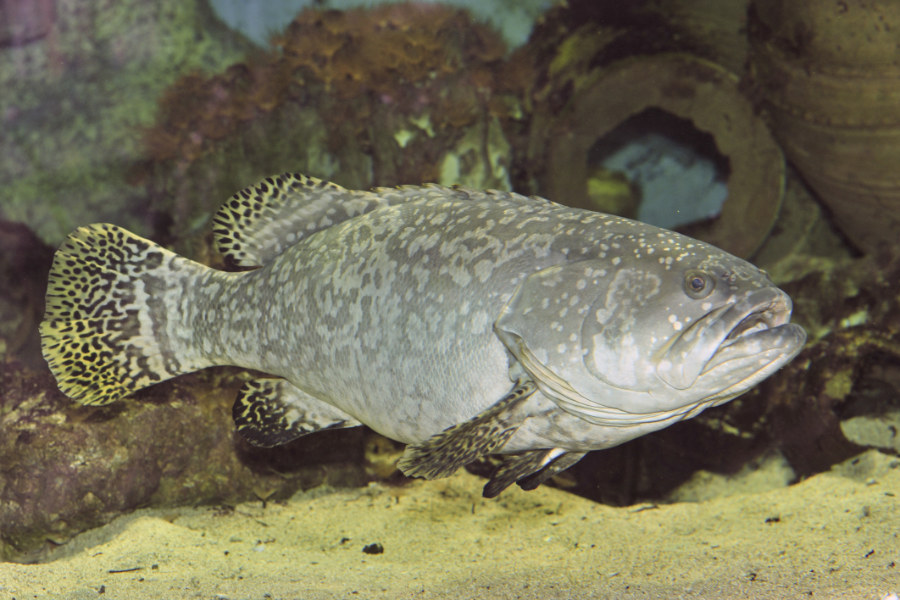 Moving a big Grouper with the help of our Shark Carrier

We are grateful to Marie Bournonville and her team at Aquarium-Muséum de l'Université de Liège for sharing these photos of them moving a big Grouper with the help of our Shark Carrier.

We are happy to state that the project was a success!

"This charming grouper has been living with us since March 2009 (he began to work at the aquarium before me lol).

He arrived as a small juvenile but as he was growing slowly but surely, he became quite big and we felt that the 16m³ tank that house him was not enough for him to live a nice grouper life.

So last year we began to look for a new home for him and the Nausicaa team offered to host him in their new tank specially designed for a group of giant grouper like him.

All of us were sad to let him go because we were very fond of him as he has quite a personality (he likes to come close to the window to look at the visitors and he plays with pottery pieces in the tank).

But we were happy to know that he has now found a place where he can live in good condition for the rest of his days. And this can be quite a long time for a grouper. The maximum known age is 37 years and scientists think they may live to 50 or even 100 years! So we should ensure that his welfare is assured!" 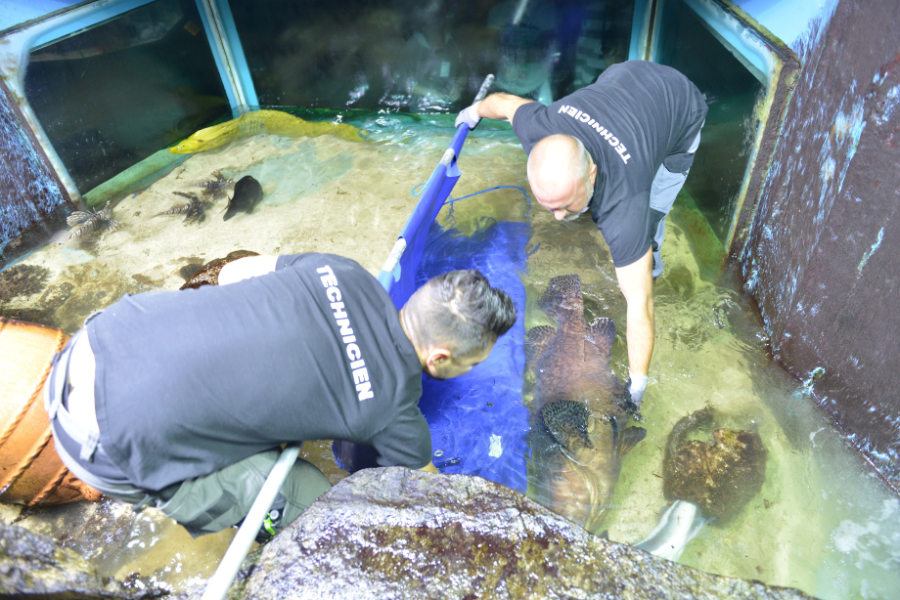 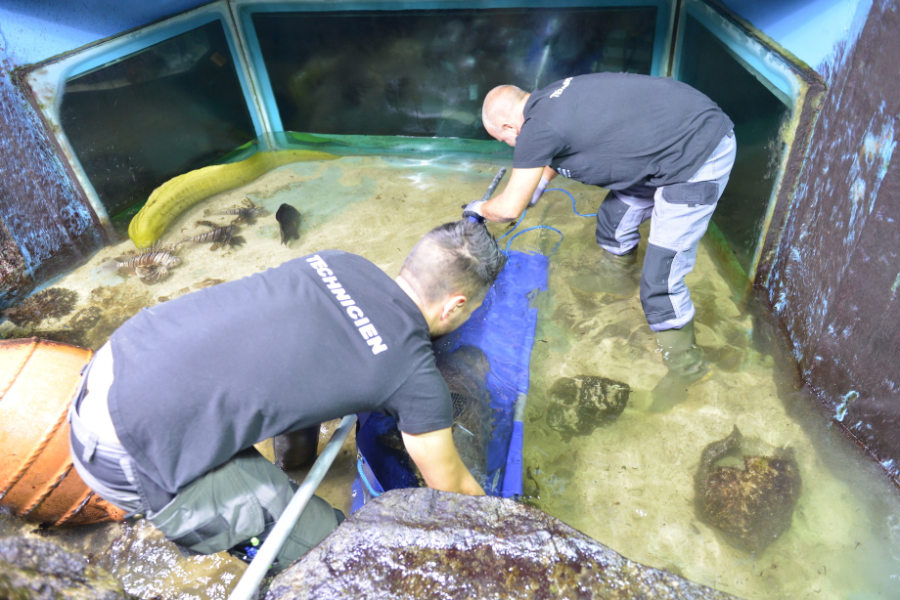 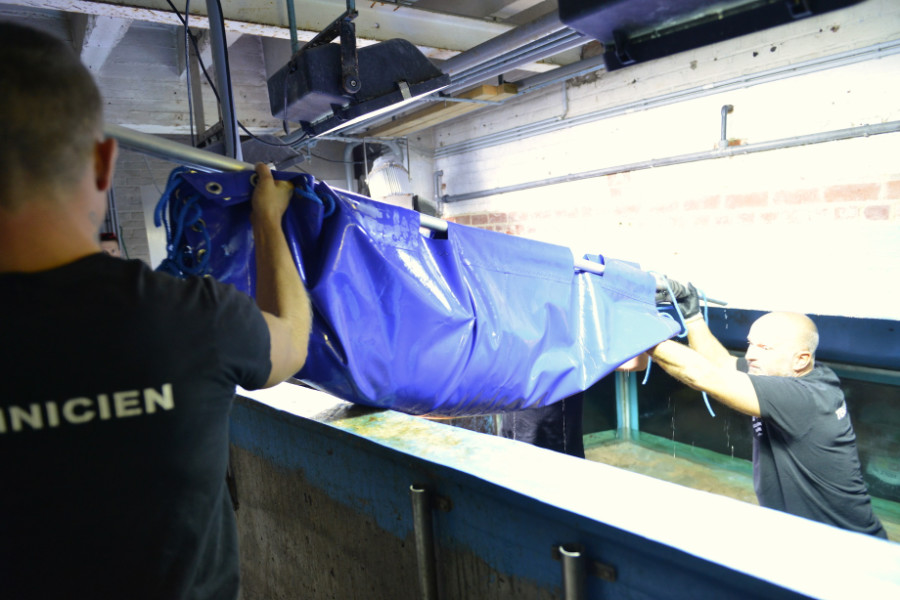 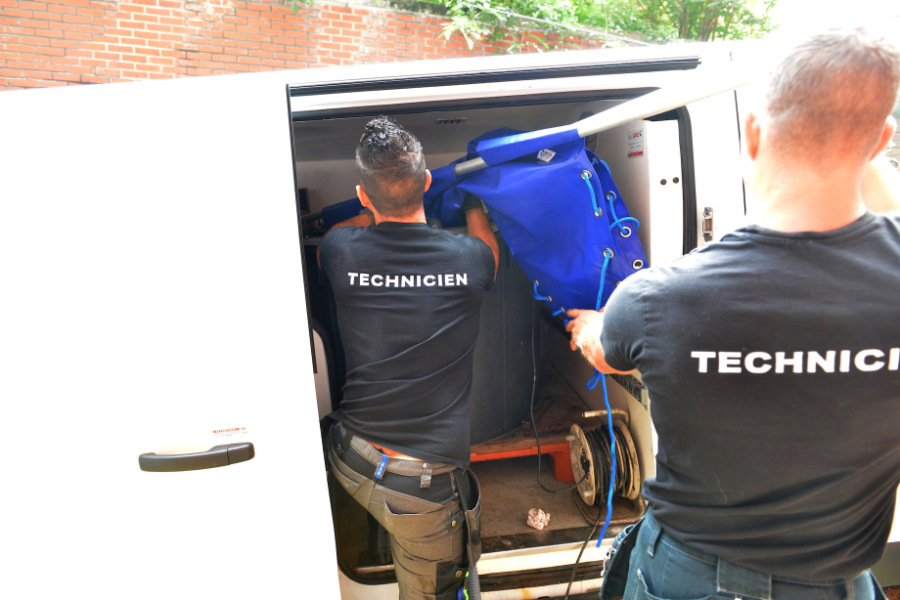