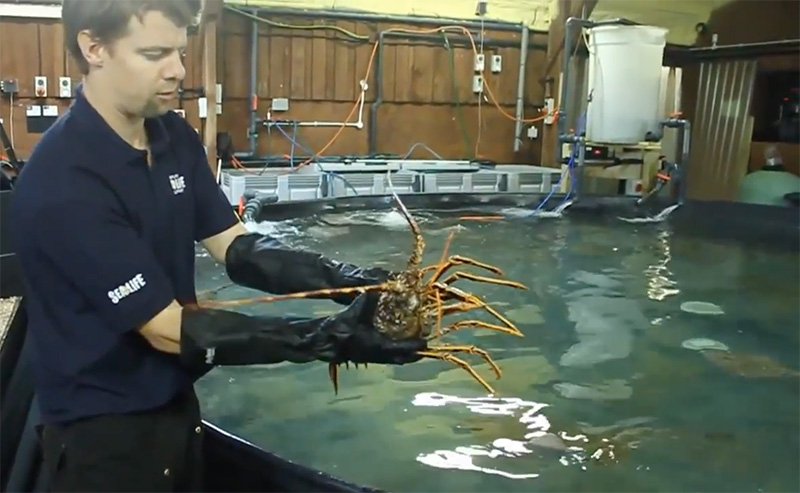 Inspecting a Giant Lobster at Sealife using our gloves

Chris Brown at Sealife inspects a Giant Lobster with the help of our Venom Defender Gloves.

This crustacean is a spiny lobster & is difficult to pick up due to the 'spikes' on its body.   When picked up, this spiny lobster will naturally move and shake its tail causing a 'ripping motion' which can hurt human hands.

Without the venom defender gloves it is impossible to handle, but as you can see from the video - the gloves allow a thorough inspection.

Rather exciting is to see that Chris finds out that this Lobster has eggs! Something that would have been virtually impossible to check without our gloves.