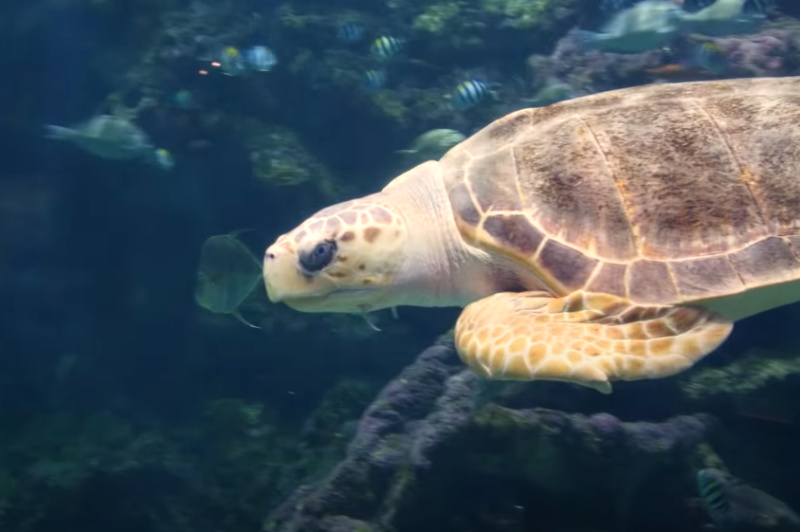 Oceanopolis moves their 130 kilo Loggerhead Turtle successfully with our carrier

We are always excited to see wonderful stories of animals being taken back to where they were born. In this instance we are well proud that the Océanopolis team has managed to move their 130 kilo Loggerhead Turtle successfully.

But there is always more to such a project than meets the eye.

Read the full story, and watch the video below...

On Friday January 18, the loggerhead turtle from the tropical pavilion left Océanopolis.

Dimensions that were no longer compatible with the aquarium she had been in until then.

Born in Antibes Marineland in 2011 as part of a breeding program, it is also there that she returned so she would join 8 of her siblings in the heart of a larger aquarium.

Sidonie Catteau, Head of turtles at Marineland and “Marine turtles” project manager at the Marineland Foundation, travelled to Brest to pick up this surprisingly large turtle, the largest of the entire litter in 2011 .

The move mobilized around ten people.

Two divers intervened in the basin to retrieve the animal, after which several pairs of arms were needed to lift her out of the water.

Then, using a stretcher specially designed for transporting turtles, she had to travel the long maze backstage to bring her to a holding pool where she spent one night.

The entire project was monitored by one of the senior veterinarians from Oceanopolis.

The Oceanopolis team also took advantage of this moment to weigh the turtle.

The weight displayed surprised everyone: 130 kg!

Read the the original article